Lowther Gardens is the oldest park in Lytham St Annes. It’s one of the flagship parks in the borough of Fylde.

Lowther Gardens surround Lowther Pavilion, between the seafront and the main road into town. It’s a popular green space for local people and visitors. Enjoy activities and events, visit the cafe or just take in the beautiful greenery. 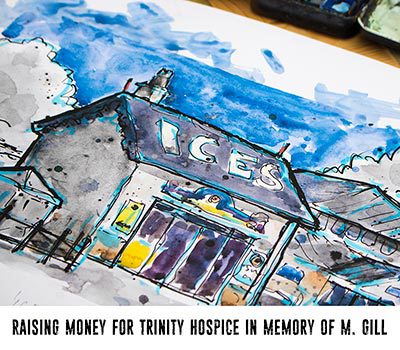 This beautiful public space is the oldest park in Lytham St Annes. Find out more about the history of Lowther Gardens further down on this page.

It covers an area of 5.65 hectares, occupying the space between the main A584 coast road (West Beach) and Church Road. Woodville Terrace at the northern edge and Lowther Terrace at the south.

Click here or on the map to go to Google maps

Have you been to Lowther Gardens? It’s a lovely space for everyone to use – whether you’re visiting leafy Lytham or lucky enough to live here. Lowther Gardens has also held the Green Flag quality award for many years.

Like most other community parks, Lowther Gardens has changed and grown over the years. Additions over the years include the Sports Pavilion, Tennis Courts, Play Area and Toilets.

In recent years the bowling greens have been improved. And the beautiful herbaceous border was replanted in 1999.

And in 2002 a lot of gardeners must have had sore backs! Those plucky people put in a whopping 1100 new rose plants to restore the rose garden. Fifteen new seats, added at the same time, make for a delightful spot to sit awhile and take in the fragrance.

Why don’t you try out the children’s play area, tennis courts and bowling greens? Or just have a walk through the park to look at the plants, flowers and wildlife.

As it’s the oldest park in the town, you’d expect it to be recognised in some way. And it is, because Lowther Gardens is on the English Heritage list of historical parks and gardens.

Local Historian Nick Moore is author of ‘The History of Blackpool and the Fylde of Lancashire‘. Thanks to Nick for this information about the history of Lowther Gardens –

Did you know? Known as Hungry Moor, it was originally rough grazing land where the gardens were built.

It was way back in 1860 when Colonel John Talbot first constructed public pleasure grounds in Lytham. “A pond and fountain issued from a central rockery, there was extensive tree and shrub planting, pathways, lawns, a small wooden shelter (pavilion), and flower beds. The boundaries were marked by Lowther Terrace at the Eastern extremity and Woodville Terrace the Western.“

The Gardens as we know them, opened on 27 August 1872. While providing facilities for locals, the aim of the gardens was to try to tempt Blackpool visitors to come to Lytham!

Squire J Talbot Clifton built the gardens, in honour of his wife, Eleanor Cecily Clifton. She was of the Lowther family from Cumbria, and the gardens were in her father’s memory. He died in 1868 and that’s where the name comes from.

George Rowbotham, head gardener at Avenham Park in Preston, designed and laid the gardens out. Then along came Mr Tomlinson who worked on the Clifton Estate. He set to work on the newly landscaped site and supervised its transformation into a beautiful park and gardens.

Some time later, in 1905, the Gardens were given to the council. If you look at the old Ordnance Survey map from 1908 you can see the original layout of the park. Interestingly, you’ll also see that most of that original design is still in place today.

Given the fact that it’s been around for well over 150 years, you’d expect it to have seen a few changes. Even though it’s shape and layout is mostly intact, there have been numerous alterations through the decades. Here are some of them –

In 1905 the Bowling Greens were laid out.

The first incarnation of Lowther Pavilion was added in 1922. Then in 1981 the building which still stands today replaced it.

In 1936, new entrances (below) and car parking were added. The Aviary came along a couple of years later, in 1934.

Have you seen the beautiful herbaceous border? Planted in 1999 it replaced the rose bed near to the pitch and putt.

Have a look at the homepage of the Visit Lytham website for more of the latest updates.

Love the Fylde Coast? Sign up for your weekly email newsletter. Packed full of interesting things it arrives in your inbox all 52 weeks of the year.

2 thoughts on “Look Around Lowther Gardens” 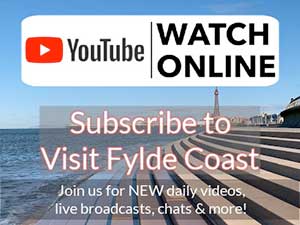 Visit Lytham is part of Visit Fylde Coast, for people who love this stretch of North West UK coastline.

With Visit Fylde Coast you can explore Fleetwood, Cleveleys, Blackpool, St Annes and Lytham plus the market town of Poulton.

Join us on social media, and don’t forget to sign up for your weekly enews for lots of interesting information, events, blogs and more straight to your inbox.

Packed full of interesting things and a what's on guide for the following week.

Your Photos of Lytham

Here's a collection of some your photos of Lytham. It's a lovely coastal town that…

Sadly, Lytham Festival 2021 is postponed for a second time due to the Covid pandemic.…

Lytham Club Day and Rose Queen Festival is the premier gala and carnival in the Fylde.

WIN Coral Island Blackpool – to Yourself!

Enter this fabulous competition to WIN Coral Island to yourself!

Once upon a time… at Houndshill Shopping Centre

At Houndshill Shopping Centre, little ones will enjoy this Once upon a time storytelling event…

Great news for the start of the new season. Fleetwood Museum is getting ready to…

Robert Pallant Designs, based on the Fylde Coast for 30 years, designing and installing beautiful…